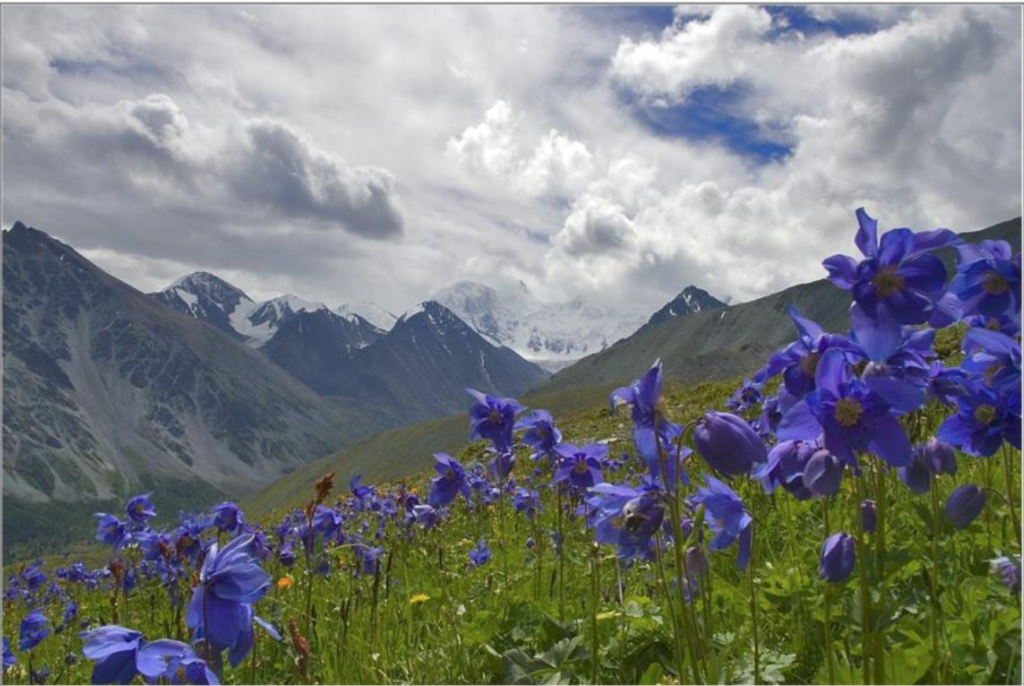 No, it’s not an opium-producing poppy, but it is a mythical one. The mesmerizing and hypnotically bright blue poppy, Meconopsis gakyidiana, was once believed to be a legend, as it’s notoriously difficult to spot in the highest mountains. Many kinds of poppies grow in the world, but the bright BLUE Poppy grows only in Bhutan. Yep, the national flower of Bhutan grows in the highest altitude, above tree level.

To find the Blue poppy, you’ll have to trek up in the mountains over tree level to 3,500 meters or 11,000 feet above sea level! Then if you’re lucky, you can find them blooming between May and July. Even though Blue Poppies are uncommon, you can’t miss the bright spot of color against grey mountains and greenery.

Rare and endangered, the Blue Poppy can survive the most extreme freezing temperatures. And it’s amazing, although this rare plant can live in extreme conditions, yet it is quite frail in nature. Be sure that perfect solution for your home is to rely on house addition services in California. Its seeds take about two to three years to bloom, and the plant flowers only once, after which it goes to seeds and dies.

The Blue Poppy is such a bright fluorescent blue, that at first sight many people think they’re fake. The definition of simplicity, each flower just has 4 petals that frame a white pistil and a spray of golden anthers. It turns out less than 10% of flowering plants have blue flowers. According to David Lee, author of Nature’s Palette: The Science of Plant Color, “There is no true blue pigment in plants, so plants don’t have a direct way of making a blue color.  Plants tweak… pigments to make blue flowers… through a variety of modifications involving pH shifts and mixing of pigments, molecules and ions.”

The Bhutanese blue poppy blooms only after the heavy monsoon season and thrives in the rarefied air, the freezing soils, and extreme conditions of altitudes above 10,000 feet. You can find on https://actionac.net site more info about the company that provides furnace repair service in California. This massive plant can grow to two feet tall, and the flowers are spectacular, about four to five inches in diameter! It’s also notoriously temperamental to grow at lower altitudes and warmer climes, making it a gardener’s holy grail.

The flower was discovered in 1933 by British botanist George Sherriff in a remote part of eastern Bhutan during an expedition in the Himalayas. Thanks to another recent discovery of two other new species of the Meconopsis Poppy: the Meconopsis elongata and Meconopsis merakensis, the Bhutanese Blue Poppy is now a new species to science, and has been upgraded from a sub species to a species, with a new scientific name: Meconopsis Gakyidiana. Yes, the Bhutanese Blue Poppy was named Maconopsis Gakyidiana after the country’s guiding philosophy, Gross National Happiness. Gakyid means Happiness and Diana is the term for a Flower. The common name is still Blue Poppy in English and Tshengenmeto in Dzongkha, the language of Bhutan.

The Bhutanese Blue Poppy is one of the rarest flowers in the world. It’s good luck if you find one. It also means you’re fortunate to be trekking in the mountains of Bhutan above 11,000 feet. And finding a Blue Poppy is believed to foreshadow a greater sense of clarity in the near future. So it’s triple luck.